Webb Therapy Uncategorized Inattentional Blindness: What else are we missing?

Inattentional Blindness: What else are we missing?

Inattentional Blindness is the failure to notice an unexpected object in a visual display.

Cognitive Psychology is an approach to understanding human cognition by observing behaviour of people performing cognitive tasks. It is concerned with the internal processes involved in making sense of our environment, and deciding what behaviour to be appropriate. These processes include attention, perception, learning, memory, language, problem-solving, reasoning, and thinking.

The most famous experiment that shows evidence for inattentional blindness is the Simons and Chabris (1999) experiment where an audience or viewer watches a group of people pass a ball to one another wearing either black or white, and a woman dressed as a gorilla enters the frame for 9 seconds, then walks off. Results reported that 50% of the observers did not notice the gorilla enter the frame. In all honesty, when I saw the video for the first time at university, I did not see the gorilla enter the frame either.

In reality, we are often aware of changes in our visual environment because we detect motion cues accompanying the change. This information suggests that our ability to detect visual changes is not only due to the detection of movement. An obvious explanation of the gorilla experiment findings is that the visual representations we form in our mind are sparse and incomplete because they depend on our limited attentional focus. Simons and Rensick (2005) point out that there are other explanations, such as: detailed and complete representations may exist initially but may either decay rapidly or be overwritten by a subsequent stimulus. It needs to be said that in the gorilla experiment, the observers are instructed to count how many times the ball passes, so really, our attention is deliberately compromised. The real-life implications of inattentional blindness reveals the role of selective attention in human perception. Inattentional blindness represents a consequence of this critical process that allows us to remain focused on important aspects of our world without distraction from seemingly irrelevant objects and events.

Being present, in the moment (mindfulness) can help aid our attention. Distractions such as using our mobile phones, advertising material, other people, “multi-tasking” and internal emotional states all contribute to our lack of focus and attention. Think of a magician’s ability to manipulate their audiences attention in order to prevent them from seeing how a trick is performed. There are also safety implications, as you would know … if you’ve been paying attention, haha.

Just food for thought, my readers, and friends 🙂

The function of anger is

In the 1960s, American neuroscientist 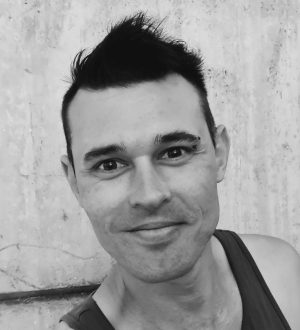 Webb Therapy is a casual